The vision for the Buckover Garden Village remains as alive today as it was when first conceived in 2016. The Tortworth Estate, in partnership with St. Modwen, remain fully committed to delivering this exciting community and have used 2020 and 2021 to seize opportunities that have arisen, and also to reflect on the feedback from previous engagement events.

As you can imagine the demise of the Joint Spatial Plan, in which Buckover featured as a draft allocation, and the onset of the pandemic, has changed the nature of our ongoing technical work and stakeholder engagement. However, now that some Covid restrictions have been relaxed, and with progress on the South Gloucestershire new Local Plan, the Buckover Garden Village Team are moving ahead with renewed vigour.

Our master planning process has now been given additional focus on reflecting, for instance, how and where will we work and live in the post pandemic future where Covid 19 may continually reshape our world, and giving greater impetus to addressing the challenges of the Climate Emergency agenda set by South Gloucestershire.

The situation remains that the Tortworth Estate and St. Modwen have always said that they wanted Buckover Garden Village to be plan-led, but with the current policy vacuum that exists, this situation will be kept under review. However, the commitment remains to continue to update and genuinely engage as we have done to date. And, at an appropriate time before any planning application is submitted, we will hold a public event, open to everyone. 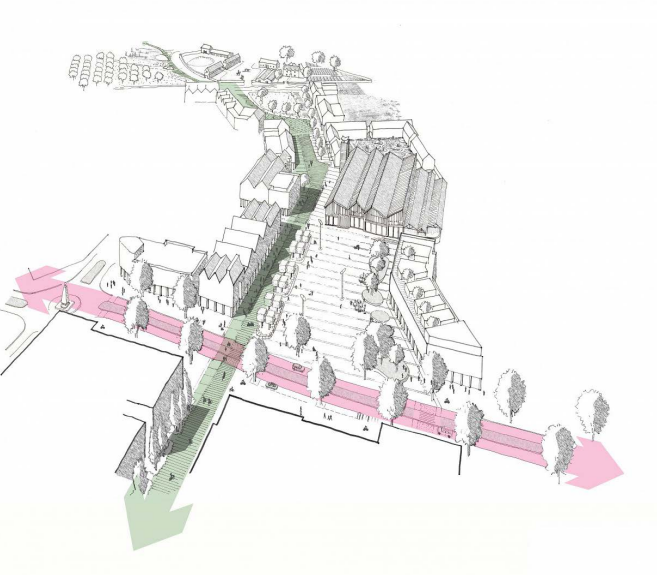 In 2016 the Tortworth Estate submitted a concept document for a new “Garden Village” at Buckover. This was in response to the West of England Joint Spatial Plan to deliver at least 105,500 homes in the period between 2016 and 2036.

We set out the background, rationale and vision for a possible new garden village whose masterplanning and design would be Green and Blue Infrastructure led around the key themes of Nature, Health and Wellbeing with the overall concept “to provide a thriving wholly sustainable community which is seen as a positive legacy by future generations.”

To achieve this Buckover would comprise not just up to 3,000 homes, including an element of intergenerational living and affordable rental property for existing local people, but a mixed use community offering employment, health, education facilities and retail together with the necessary transportation and communications infrastructure, community facilities and green open spaces.

Crucially the site is not in the Green Belt, it is free from any restrictive planning designations, and benefits from being under the ownership of just one party - Tortworth Estate.

The Tortworth Estate embraces the Garden Village concept because it accords with our sustainable beliefs, and the principles behind our successful estate management. It is taking a refreshing look at how we plan for the homes we will need in the future and begins with what is, in effect, a largely blank canvass. This avoids poor planning by ensuring that there is a holistic approach planned from the outset rather than trying to deliver large-scale housing bolted on to the edge of our towns and villages.

Following lengthy public consultation and full endorsement by the West of England Authorities, the Joint Spatial Plan was submitted to the Secretary of State for Examination in Public (EiP) in April 2018. Buckover Garden Village was chosen as one of the five South Gloucestershire Strategic Development Locations (SDLs) to deliver 3,000 houses, employment opportunities and key infrastructure; of which 1,500 houses are to be built within the lifetime of the Joint Spatial Plan.

In the Autumn of 2019 the West of England Authorities were advised by the EiP Inspectors to withdraw the Joint Spatial Plan, not because of the proposed allocations but because of the process that had been followed. The JSP was subsequently withdrawn.

South Gloucestershire Council are now pursuing their own new Local Plan whilst working collaboratively with the other West of England Combined Authorities and the West of England Spatial Development Strategy. The latest news on the Local Plan can be found here:- https://beta.southglos.gov.uk/new-local-plan

Garden Communities – from yesteryear to today

At the start of the 20th Century Ebenezer Howard published “Garden Cities of To-morrow”. He argued that “there should be an earnest attempt made to organise a migratory movement of population from our overcrowded centres to sparsely-settled rural districts” through Garden cities as they form complete sustained urban economies, comprising of industry, orchards, offices, shops, and housing which complements the landscape and agricultural land surrounding.

He emphasised that “the unique merger of Town and Country characteristics are the underlying principle features of a Garden City. As the Garden City grows “the free gifts of nature – fresh air, sunlight, breathing room and playing room – shall be still retained in all needed abundance….and life may become an abiding joy and delight.”

At the start of the 21st Century the TCPA published “Re-imagining Garden Cities for the 21st Century” which argued that the Garden City principles could help overcome the stigma of building new communities that have too many poor developments and inadequate infrastructure provision.

In 2015 Lord Matthew Taylor, an advisor to the government, published “Garden Villages – Empowering Localism to Solve the Housing Crisis”. The report set out that “many small new garden communities are needed (as well as some larger ones) if we are to scratch the surface of the housing problem”.

These century old principles, that are as relevant today as in yesteryear, are ones that the Tortworth Estate embraces. During the period May 2016 to January 2018 the Estate devoted much time to meeting various local groups, residents, Parish and Town Councils and businesses face-to-face to understand existing challenges and the opportunities that people tell us about for the future. Our aim is to work in a collaborative manner. We have faced challenging questions but also received constructive help and advice on what is required in a new Garden Village at Buckover. In addition, we are exploring what makes a successful community, how you create that community from scratch and how you ensure it remains sustainable into the future. Our firm belief is that we need to “complement rather than compete” with local facilities and communities already in place.

This work culminated in our beginning a series of consultation events in April 2018. The first event was for representatives from local groups, organisations and service providers. A full report on this workshop was published in August and can be found under the attachments section below.

In July 2018 a second workshop was held for individual households who live on, or adjacent to, the proposed Garden Village site. The report of that workshop can also be found under the attachment’s sections below. At this householder event interest was expressed in forming a resident’s liaison group and this will be organised in due course. Engagement continued with stakeholders, householders and various interest groups throughout 2018 and 2019.

In July 2019 an event was held with residents in the Crossway Lanes area to hear their views on current traffic issues and the likely impacts of Buckover Garden Village. The feedback given at that event is being used to inform the master planning process.

In March 2020 the UK entered lockdown due to Covid 19 and this led to us pausing our community and engagement work. 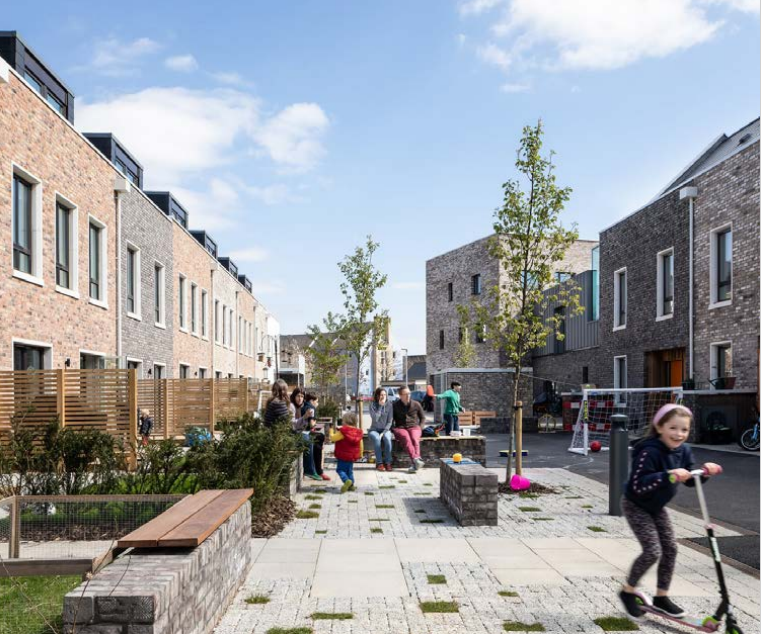 An important milestone was reached in October 2016 when the draft site allocations in the West of England Joint Spatial Strategy (JSP) were endorsed for public consultation. Buckover was identified for a potential new Garden Village of up to 2,200 homes.

In July 2017 the Tortworth Estate announced St Modwen as its partner to deliver the Buckover Garden Village.

At the South Gloucestershire Council Meeting in February 2020 a recommendation was made, and duly accepted:- “Council resolves to withdraw the West of England Joint Spatial Plan (JSP) as submitted to the Secretary of State for examination on 13 April 2018”

The Buckover Garden Village Team responded positively to both consultations. 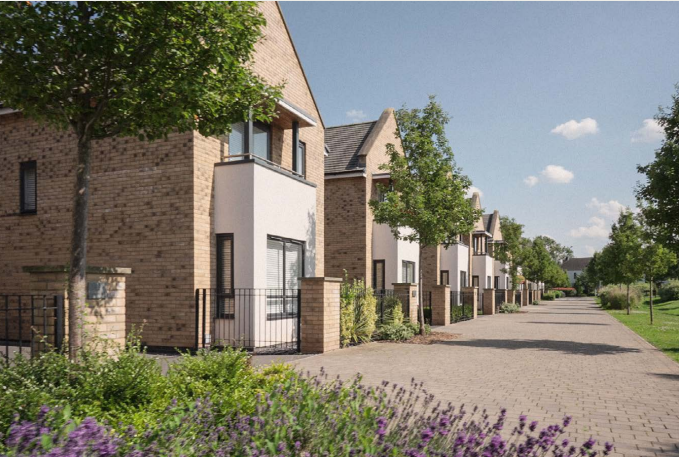 The proposals for a Garden Village at Buckover remain in place, and continue to be progressed, as the requirements for new homes, employment and inward investment in the rural infrastructure have not gone away.

Under their new Local Plan South Gloucestershire Council are deliberating on the potential options for growth and anticipate publicising their outcomes in 2022. The Local Plan is responding to the long term requirements of both existing and future residents over the next 20 years looking forward to 2042. The Examination in Public is expected to take place in 2023 with a new plan being adopted during 2024.

In the meantime, we still want to hear your views, and thank you to all those who have already been in touch, and we will keep you updated on this web page. 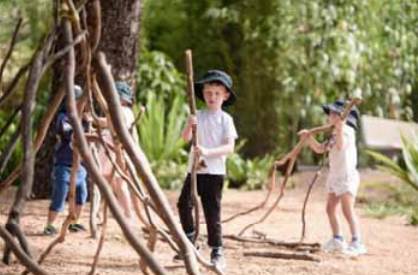 We have put together a timeline to show significant events during the process:

Lord Deben, Chair of the UK Committee on Climate Change, gave the keynote address at the TCPA 2021 Annual Conference in November where he argued that 'unless we change the planning system fundamentally, we won't reach net zero.'

He welcomed the government's commitment to achieving net zero, and its road map for getting there, but said that the proposals don't address two very important things: land use and behaviour change. His speech struck a hopeful note, suggesting that behaviour change is already underway, with more people working from home, travelling less often to meetings, living more within their communities, with an emphasis on getting where they needed to be by foot. This approach, he suggested, makes for a community, 'but it also makes for a more sustainable community. And that is what really matters'.

He concluded by saying 'I think it's very exciting. I think the world that we're going to build, and the ways we're going to build it, are not only challenging, but exhilarating. I think, if we fix our eyes on building a greener, cleaner, kinder, better world, then the battle against climate change will become much more exciting, and much easier. Our job is to make sure it is also a battle which is fought fairly so that all are able to benefit and none are asked to pay more than they can. That part of it will also be helped if we get the planning system right.' 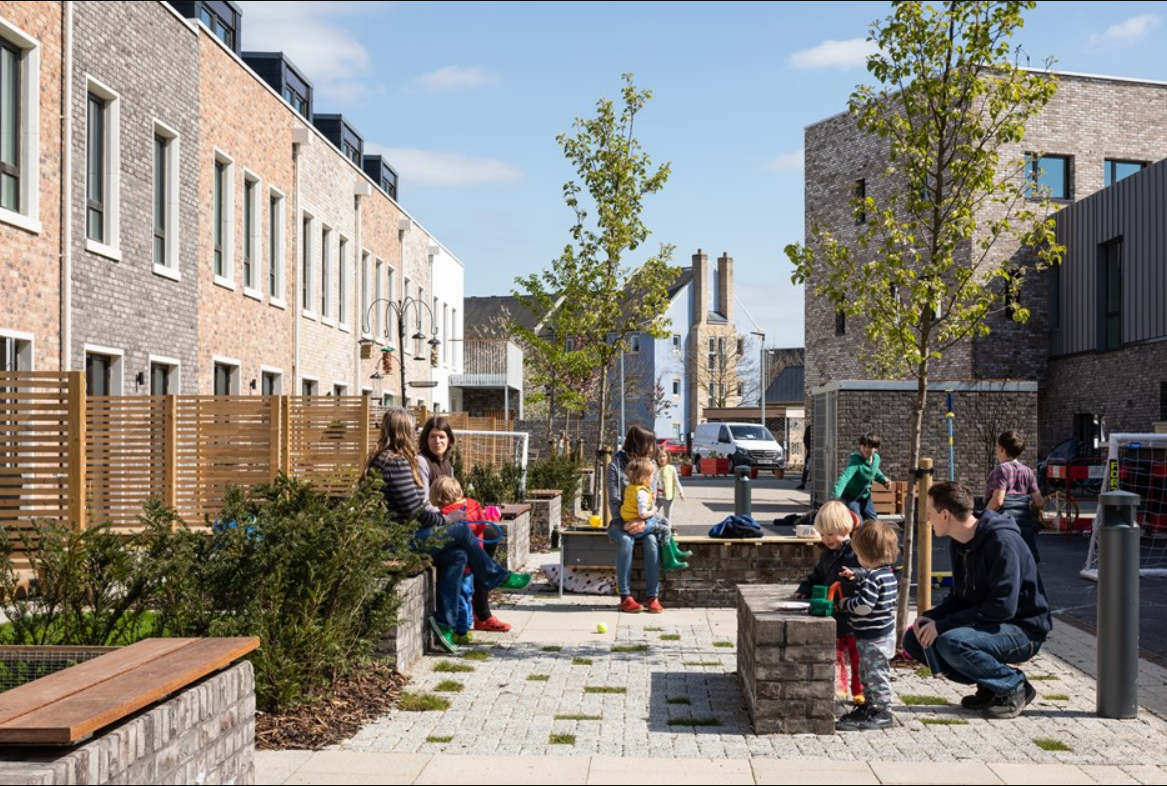